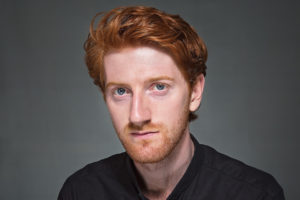 A composer for stage and screen, Harry’s shows Mr Men & Little Miss, James and the Giant Peach and Guess How Much I Love You have toured internationally. For the theatre, scores include The Kreutzer Sonata (Arcola Theatre), Sleeping Beauty and My Mother Said I Never Should (The Theatre Chipping Norton), King Lear, As You Like It, Love’s Labours Lost (The Minack Theatre); for television, Stalker (CBS); for radio, Rossum’s Universal Robots (BBC Radio 4). Harry studied at the Queen’s College, Oxford and trained at the Royal Academy of Music and Guildhall School of Music & Drama.

Lucy Hollins’ experience ranges across the vocal and instrumental music-making with professional, amateur, youth and adult ensembles at the very highest levels. She is Acting Director of Music at the University of Warwick, as well as Associate Chorus Director of the London Symphony Chorus and Conductor of the London Symphony Orchestra’s Junior Choir.

Lucy is a leading expert in the field of music education and engagement, specialising in vocal outreach. Also a passionate concert designer and presenter, Lucy creates exciting performances for young people with many organisations. Her career has seen her appear on TV and radio, premiering new works, adjudicating competitions, touring extensively throughout the UK and internationally, and working alongside some of the world’s finest musicians and directors.

Tom Primrose is a British conductor, accompanist and coach known for his work in the field of vocal music, working with opera, song and choral repertoire. He conducts the UEA Choir and Chamber Choir and is Artistic Co-Director of the Southrepps Music Festival. He is on the music staff at Grange Festival Opera where he is currently chorus master, and is chorus master of the Newbury Festival and Cambridge Philharmonic.

His freelance work as an opera assistant takes him conducting all over the world, and he has performed as a pianist and conductor in many of the UK’s principal concert halls and festivals, and on BBC television and radio. 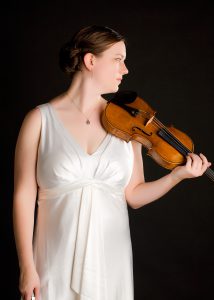 Paula Muldoon is a multi-talented violinist, software engineer, writer, and composer based in Cambridge, UK.

Paula is taking a sabbatical this season, but we’re delighted to announce our line-up of Steve Bingham, Philip Granell and Jorge Jiminez as her deputies. Please see our concert listings to discover who will be leading each concert.