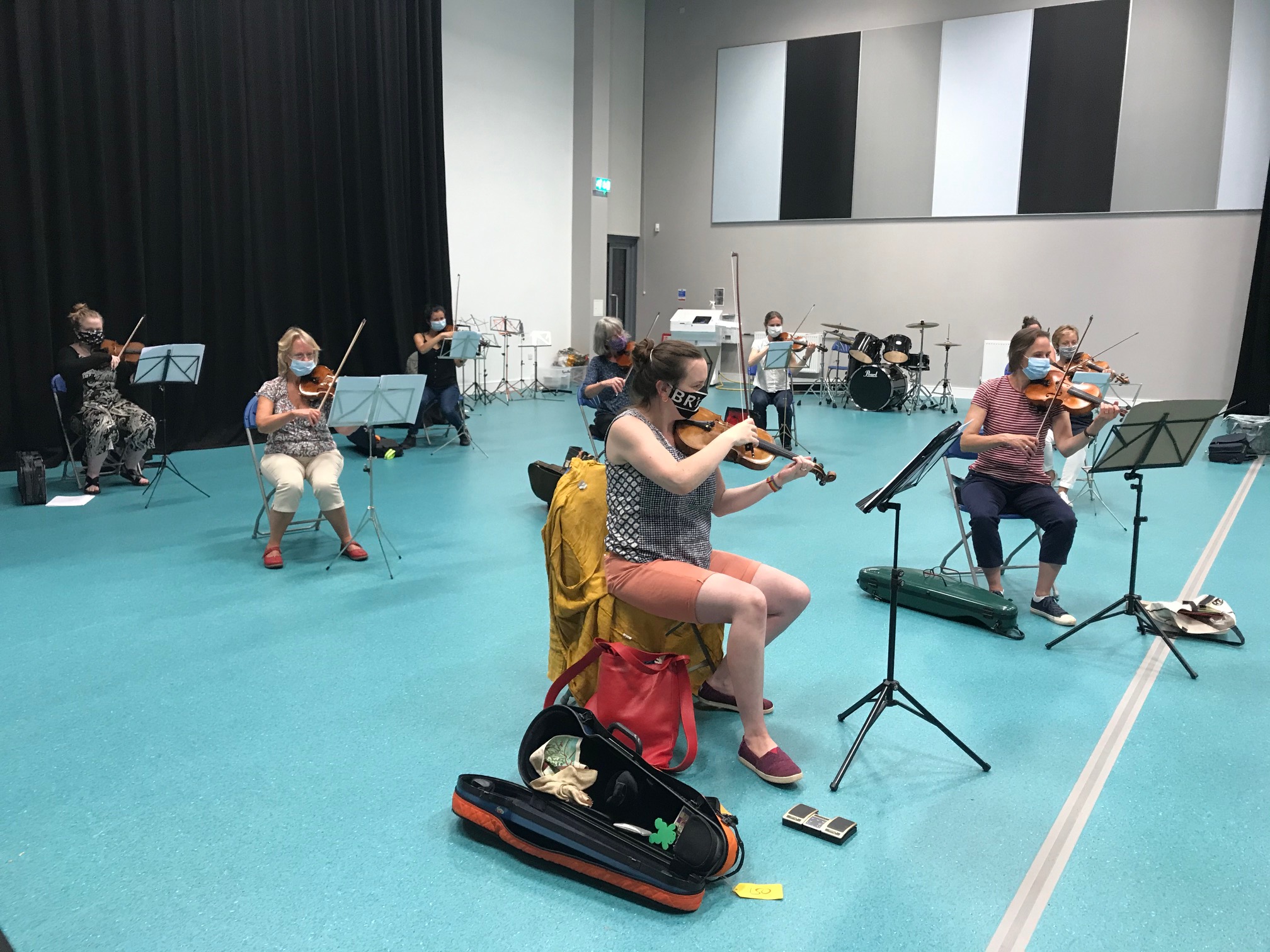 As we begin the second lockdown, we reflect on the past two months of music making in the Cambridge Philharmonic.

Following guidelines from Making Music, the orchestra and chorus started rehearing again at the beginning of September. We began with the orchestra, starting out with just a small group of string players sitting two metres apart with masks on. It was a lot of fun to play through Elgar and Tchaikovsky’s respective Serenades for Strings, repertoire that most hadn’t played for many years due to it not being part of the full orchestra repertoire. The strings would continue to have the first half of the rehearsal to themselves for the rest of the rehearsals, working through yet another Serenade, this time Dvořak’s, Grieg’s Holberg Suite, and Schubert’s Death and the Maiden.

The second week of rehearsals was reserved for the woodwind and brass, un-masked for obvious reasons, who would in subsequent weeks go on to join the strings in the second half of each rehearsal, covering Beethoven’s 5th Symphony and Schubert’s Unfinished Symphony. For a bit of extra fun, we played out the last rehearsal with Vaughan Williams’  Folk Song Suite – a favourite with youth orchestras – conducted by Tess Jackson.

On the chorus side, members were asked who would like to start rehearsals again. 74 said yes please, so clearly the desire to make music as a group again was strong. The chorus started rehearsing in groups of 20 after the initial test rehearsal with the strings. It’s strange to imagine an orchestra sat 2 metres apart with masks on but even more so a choir! It took a bit of adjusting as the chorus is accustomed to singing close together in a big group, however the vast majority have enjoyed it wanted more, with only a few deciding that singing in a mask is a bridge too far.

The first piece they worked on was the Messiah as this is familiar to a lot of people and gave them the opportunity to just sing instead of ‘note bashing’. With a view to improving individual sections, sectionals took place over the weeks and Tom Primrose (Chorus Master) shared a number of vocal techniques. Many people in the chorus have commented on how delighted they were to able to sing in the same place as others once again. Behind those masks, everybody was smiling.

Although we’re not sure when we’ll perform again, we have West Road booked for rehearsal and performances once lockdown lifts. West Road is much larger than our usual rehearsal room and will allow us to rehearse with more people. It’s been wonderful to play and sing again, challenging to adapt to playing or singing whilst sitting at a distance, and a privilege to just play or sing for the sake of it.