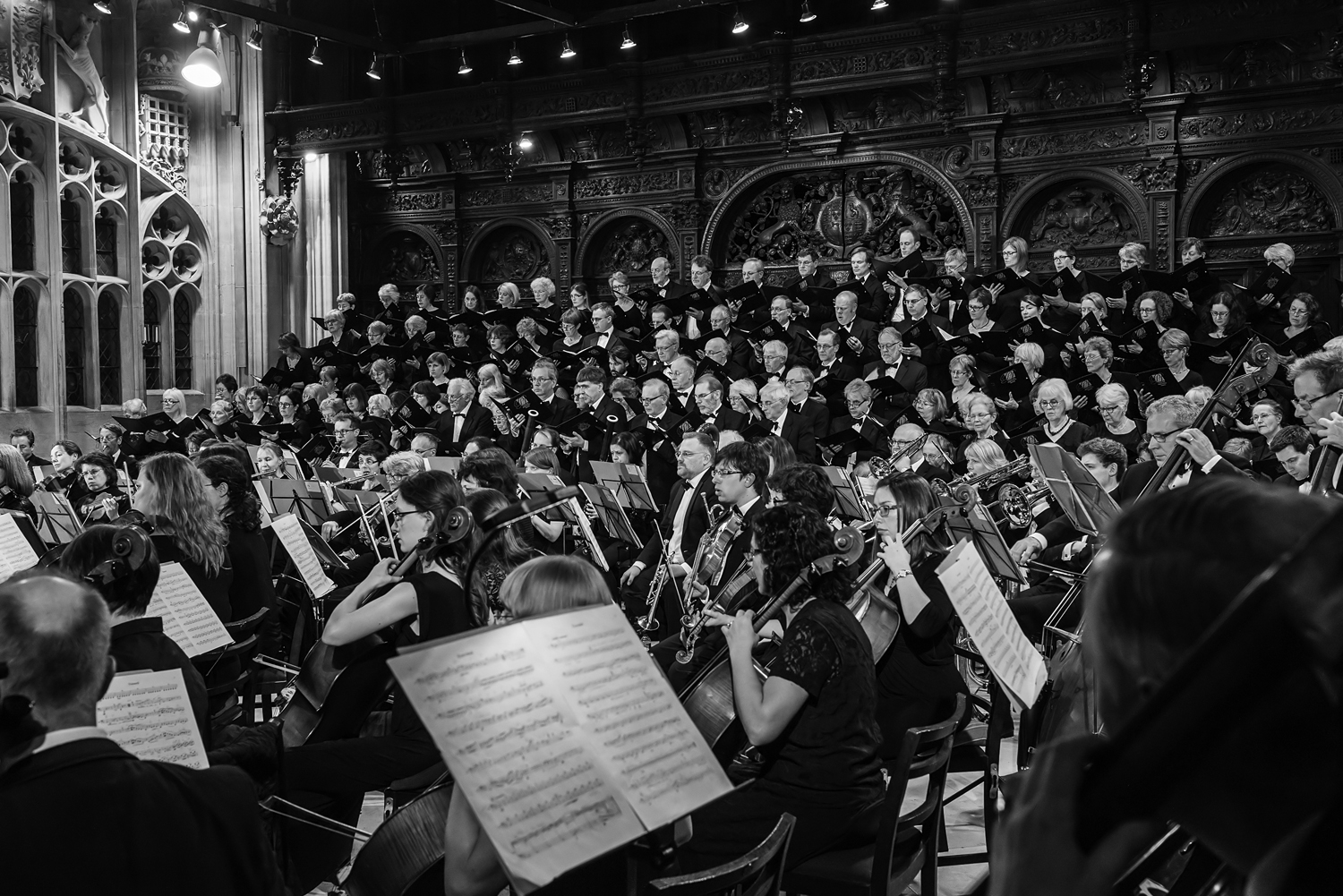 The history of the Cambridge Philharmonic can be traced back to 1887 when Dr Arthur Henry Mann, the organist at King’s College Chapel, assembled a choir with an accompanying orchestra for a festival service commemorating Queen Victoria’s Golden Jubilee. The singers subsequently became semi-permanent fixtures in the Cambridge music scene under the title of Dr Mann’s Festival Chorus. However, by the early part of the 20th century the chorus was failing to attract audiences and Dr Mann resigned in 1903. This stimulated the chorus members to reinvent themselves, under the new name of the Cambridge Choral Society.

The new society carried on the tradition of performing concerts in Cambridge. Its annual Good Friday performance of the Messiah became a fixture, interspersed with concerts of music by Haydn, Mendelssohn and even Edward German’s comic opera, Merrie England. Eventually, in 1924, it changed its name again – to the Cambridge Philharmonic Society. In the 1930s, the chorus was joined by an orchestra in a fledgling version of the modern society. The new arrangement did not last long however, and there followed a period of decline which was only finally reversed by the appointment of Eric Congsby, a popular local conductor. Under his musical direction the Society was reconstituted in 1936 to include both orchestra and chorus in a format that continues to the present day.

Moving forward to 1975 – the Phil’s committee decided that the appointment of conductors should involve not only a recommendation and interview, but also leading rehearsals with the choir and orchestra, so that members could express their preference. This method continues to this day. All the players and singers also undergo a rigorous audition process, and the society has gone from strength to strength.

In 2018, the Cambridge Philharmonic Society comprises a thriving choir and orchestra. Our members come from all walks of life representing ‘town and gown’ in Cambridge and around. Concerts (up to eight a year) concentrate largely on the romantic repertoire, but we have also championed new works such as John Dankworth’s Clarinet Concerto and George Lloyd’s Symphonic Mass. In the last two years a contemporary composer has been chosen, first Paul Patterson and then Jonathan Dove, and their works performed in a number of concerts. Bach and Haydn are performed as well. As well as giving concerts in and around Cambridge, the Phil has performed in Ely, Peterborough and Norwich. In Europe, the Cambridge Philharmonic has appeared at the Concertgebouw, Amsterdam, the Palais des Beaux-Arts in Brussels and Prague’s Rudolfinum Concert Hall. 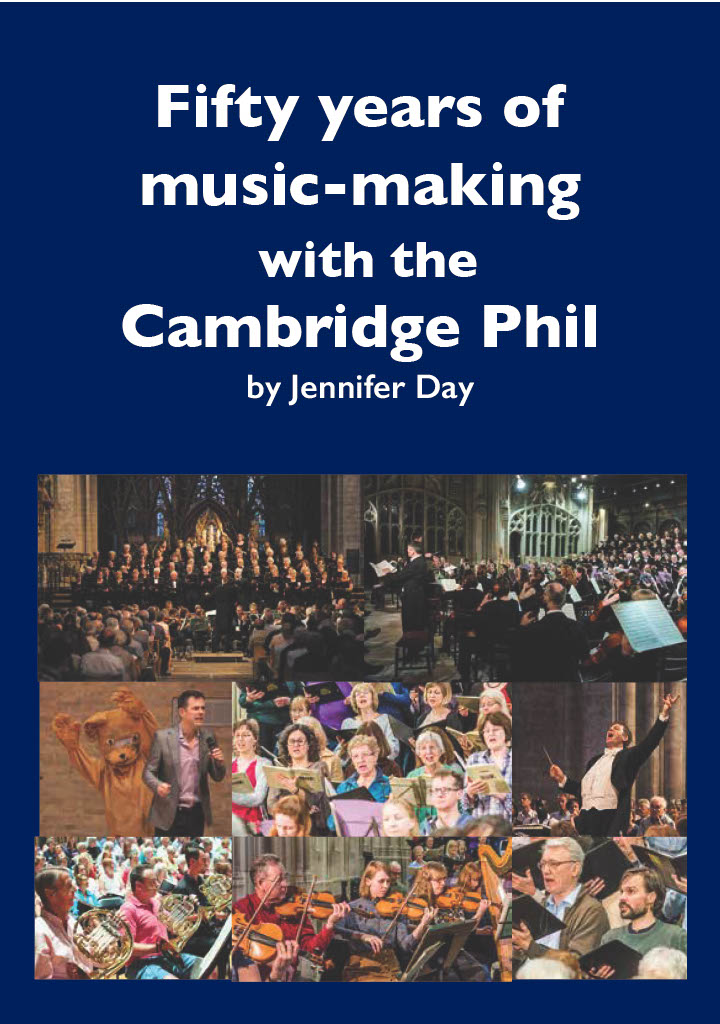