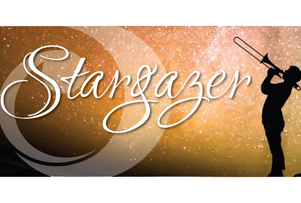 The concert begins with what John Adams describes as an ‘out-take’from his opera Nixon in China. Subtitled ‘Foxtrot for Orchestra’, The Chairman Dances entertainingly imagines Chairman Mao descending from a portrait on the wall to dance at a banquet. Equally captivating is Stargazer, Jonathan Dove’s concerto for trombone and orchestra. Dove,who celebrates his 60th birthday in 2019, wrote of the piece: “The image that started to develop in my mind was of the trombonist as a man with a telescope, a Stargazer, searching the night sky. The orchestra would represent the constellations he observed, and he would respond to what he saw.” The virtuoso soloist, Peter Moore, won BBC Young Musician of the Year in 2008 at the age of 12, before being appointed co-principal trombone of the London Symphony Orchestra at just 18. The programme is completed with two works by that master of the orchestra, Sergei Prokofiev: a charming vignette, Autumnal Sketch and that towering masterpiece of the twentieth century, his Fifth Symphony.

Reviews of the concert can be found here, and here.

You can download the flyer promoting this concert here, and the concert programme here.