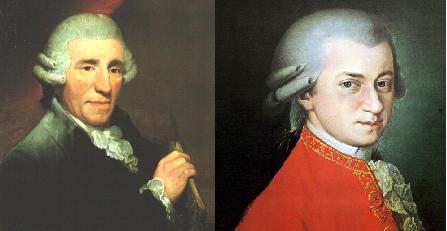 “I have often been flattered by my friends with having some genius, but he was much my superior.” Haydn on Mozart

The Cambridge Philharmonic Chorus starts the season with an evening of classical favourites in the beautiful setting of St John’s College Chapel.  The exciting motet Insanae et Vanae Curae (Insane and stupid worries flood our mind) was a resounding success in 1775 when it was originally part of Haydn’s first oratorio Il ritorno di Tobia. Just a couple of years later, Haydn himself played the organ for the first performance of his Mass in B-flat, affectionately known as the Little Organ Mass. Mozart’s Ave Verum Corpus was written for Anton Stoll – a friend of both Mozart’s and Haydn’s – and is one of the extraordinary number of works composed in Mozart’s last year.