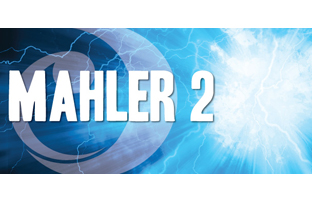 While Mahler’s First Symphony ends in a blaze of glory that depicts the life of its eponymous hero, The Titan, the Second begins starkly at the hero’s graveside. When Mahler played this dramatic first movement to Hans von Bülow, his mentor, the latter sat with his hands over his ears and declared that it made Wagner’s Tristan sound like a Haydn symphony. Little wonder then that Mahler struggled with knowing how to continue. With no little irony, it was at von Bülow’s funeral three years later that Mahler heard the inspiration he needed. A setting of Klopstock’s Resurrection Ode (Die Auferstehung) gave Mahler both the text and the title to complete what was to become his greatest and most successful work.

Awe-inspiring, and epic beyond belief, with choirs, soloists and a vast orchestra, Mahler’s Second Symphony is a celebration of life itself. Zemlinsky’s Psalm 13, which begins the concert, is a choral symphony in miniature, taking us from dark to light in an opulent and lush sound world.