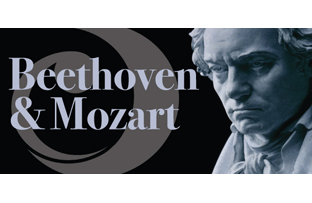 In 1808 Beethoven put on an extraordinary concert at which he not only premiered the fifth and sixth symphonies and the fourth piano concerto, but also performed parts of his Mass in C. To conclude the concert he wrote the Choral Fantasia, designed to involve all the myriad performers who were taking part and with Beethoven himself playing the concertante piano part, which he improvised in the performance. Mozart’s A major Concerto, which was also premiered with its composer at the keyboard, was one of three concerti he wrote in the spring of 1786 whilst working on The Marriage of Figaro. The concert begins with Leonore No.3, one of the four different overtures that Beethoven wrote for his opera Fidelio; it concludes with Mozart’s glorious Coronation Mass.

The poster for the concert can be found here

The concert programme can be found here